Upheaval across Canada's Landscape of Commemoration

Follow this HSO presentation by Randy Boswell, Carleton University professor and journalist, as he investigates the ongoing controversy over our commemorative landscape and explores whether there are constructive healing ways forward. 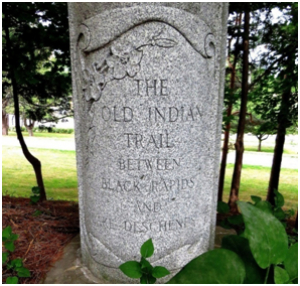 Imagine going online 500 years ago to find something on Google Maps. You’d see no grid of streets with familiar, mostly British names; no array of colourful icons directing you to coffee shops or LRT stations. What you’d have seen then is a vast wilderness broken only occasionally by a few narrow, meandering paths. These trails were winding, not because the trail makers were lost, but because the trail makers were following the path of least resistance. To the Anishinabe traders, trappers and hunters, it made more sense to go around a steep hill rather than over it. It was easier and safer to go out of your way to cross a river at its narrowest or calmest point.

The Indigenous trails that criss-crossed the Gatineau and Ottawa valleys were ignored in later centuries by civil engineers and town planners who preferred their roads to be as straight as possible, regardless of the lay of the land. As a result, the early trailways of the Ottawa area have all but vanished, but thanks to Dr. Peter Stockdale, they’re coming back to life.

Peter is continuing his research to find the routes used by the Anishinabe, to have these trails marked with informative plaques, and where possible turned back into public trails for recreational use. Peter is the founder of Kichi Sibi Trails.

In his research, Peter has confirmed that there are different types of Indigenous trails. Portage trails cross the highland between watersheds. Ritual trails were often challenging walks that lead to remote vistas were the solstice and equinox events could be watched. There are also possible “war paths” that the Anishinabe of this area may have used as much for defence as for attack. Peter is still looking into the heritage of these types of trails.

We were also fortunate to have Barb Sarazin and Merv Sarazin join in on Peter’s discussion. Barb and Marv are current councilors of the Algonquins of Pikwakanagan First Nation. Barb told a personal tale about her family and how they came to be involved in the affairs of the First Nation. Merv talked about his preferred way to get around; which is by canoe. Although land trails that Peter has been investigating were necessary to get to final destinations, the rivers and streams were the main highways for Anishinabe travelers. Merv has been making canoes since we was a child.

Check out the HSO YouTube channel for a video of the full presentation.

Kettle Island: A Bridge to Ottawa's Past by Randy Boswell 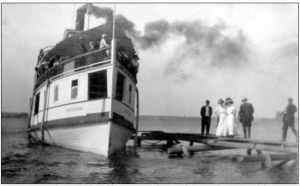 If you missed our virtual Speaker Series presentation "Kettle Island: A Bridge to Ottawa's Past" with Randy Boswell, or you'd just like to watch it again, you can view this presentation online.

Here's a link to the recorded video of Randy's talk. Enjoy!