The Historical Society of Ottawa is an official sponsor of the Ottawa Regional Heritage Fair, which is usually held in April.

Due to the COVID-19 emergency, the Ottawa Regional Heritage Fair Committee has cancelled the 2020 Fair that was to be held on April 22, 2020, at the Canadian Museum of History. The Fair will return in 2021.

The Historical Society of Ottawa provides a number of awards for students in public school, college and university. Candidates for these awards are nominated by the faculty of their respective school, with the final selection made by the Society’s board in consultation with faculty members. 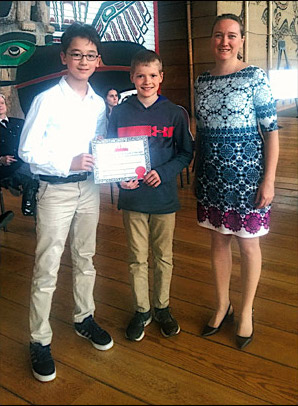 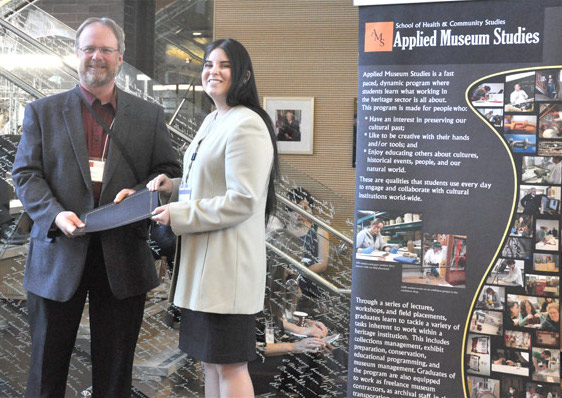 HSO member Ben Weiss presents the Applied Museum Studies Award at Algonquin College to the 2019 recipient, Jessica Richard, for her work on the conservation of local artifacts, including this iron-forged chisel, in conjunction with Ottawa's Cumberland Heritage Village Museum. 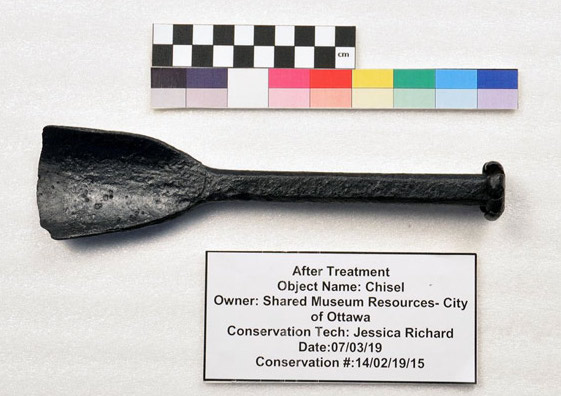 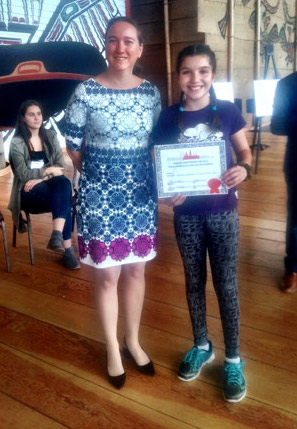 Karen Lynn Ouellette, president of the Historical Society of Ottawa, presents the Indigenous Sacred Chaudière Falls Award to Nevaeh Sarazin, a Grade 5 student from St. James Catholic School in Eganville, east of Ottawa, and a member of the Algonquins of Pikwakanagan First Nation.

Le Prix Sir Richard William Scott Award is presented annually at the Ottawa Regional Heritage Fair. The award is given to research project on an Ottawa-themed historical project. A certificate is awarded, along with a cash prize of $300.

The Colonel John By Award in History

The Colonel John By Award in History is a prize of $750, awarded annually to both a Carleton University student and a University of Ottawa student in a graduate or undergraduate history course who write the best paper in their respective university in either English or French on a topic concerning the history of Ottawa or the Ottawa Valley. The students will be awarded an additional $300 on submitting acceptable manuscripts for publication in the Bytown Pamphlet Series.

Indigenous Sacred Chaudière Falls Award is presented annually at the Ottawa Regional Heritage Fair to recognize, support, and encourage participation by Indigenous youth in projects that reflect and celebrate Indigenous culture and traditions, or that look at the impact of settler colonial policies on Indigenous peoples. The award consists of $300 and a certificate.