Bytown Museum’s Roots with the Historical Society of Ottawa 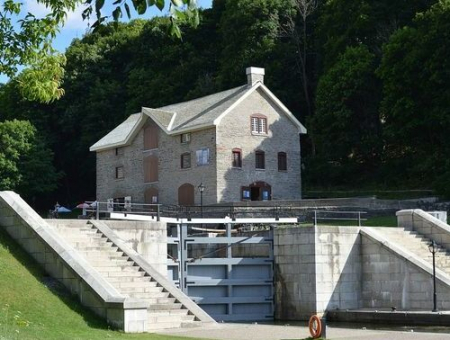 The Bytown Museum is housed in The Commissariat, a stone building near the entrance to the Rideau Canal that was constructed as early as 1826 under orders from Lt.-Col John By.

The Bytown Museum is located in the oldest building in the city. Of course, the museum wasn’t built as a museum. The stone structure was initially a “commissariat” and its construction was supervised by none other than Lieutenant-Colonel John By.

Built as early as 1826 and located near the entrance lock of the Rideau Canal, today’s Bytown Museum initially served as the operational nerve centre during construction of the canal (the Commissariat Department of the British military oversaw the supply of food and provisions) and then as the administrative headquarters of the canal once it opened in May 1832. 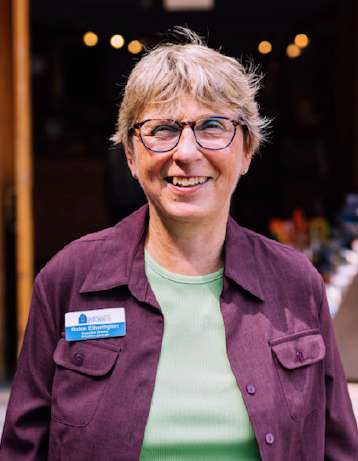 Robin EtheringtonRobin noted that By was more than just a canal builder. He was as much an urban planner. He laid out the early streets of Lowertown and also what is now the Parliamentary Precinct. She also noted that By purchased land in Ottawa to reassure others that a thriving community would soon grow here.

After talking about the early days of the museum building, Robin discussed the formation of the organization that ran the Bytown Museum for 105 years. In 1898, thirty-one Ottawa ladies formed the Women’s Canadian Historical Society of Ottawa (WCHSO) to promote a better understanding of the city’s history.

The society was limited at the time to holding community meetings, but in 1917 an opportunity arose to expand the society’s scope. In 1910, the City of Ottawa had moved out of the registry office on Nicholas Street that it had occupied since 1871.

After the building was left vacant for seven years, the WCHSO proposed to establish a museum there to display artifacts that the ladies had collected over the years, with their own money.

In 1952, the Bytown Museum moved to its present location. In 1955, the men of Ottawa were invited to join the WCHSO. With the “W” now redundant, the name of the organization was changed in 1956 to the now-familiar Historical Society of Ottawa (HSO).

The HSO continued to manage the museum and to hold regular meetings for members and the public until 2003, when the decision was made to transfer the Bytown Museum to a separate not-for-profit organization.

It was at this time that HSO “lost” its museum, but the association between HSO and Bytown Museum has remained strong. As such, Robin was less a “guest” speaker at our Jan. 15 meeting than she is friend, supporter and member of HSO.

Following her review of the history of the museum, Robin talked about something that is near and dear to her: the museum’s future. It’s not all good news. Being part of the Parliamentary Precinct’s independent, and rapidly aging power supply system, blackouts have become an all-too-frequent occurrence. Rockslides are a constant threat, as natural geological dynamics take a slow toll on Parliament Hill, which overlooks the museum.

Located near the bottom of a hill so steep that the lay of land forced Colonel By to build eight locks, universal accessibility to the museum has been an ongoing problem. And let’s not forget that the museum building itself will reach the beginning of its third century in 2026.

But there is a lot of good news, too. Robin observed that, “today is tomorrow’s history” and that was inspiration for Bytown Museum’s most recent exhibit, 100 Years of Youth in Ottawa.

This is a collection of photographs of young Ottawans from 1917 to 2017, showing how the many activities that youth have engaged in through the years have changed . . . and how many remain the same. All photos for the exhibit were selected and researched by the museum’s Youth Council.

New for 2020 is an exhibit entitled A Local Canvas: Paintings from the Bytown Museum Collection, in which the museum curates an eclectic assortment of paintings from an equally curious list of collectors and artists. The items chosen for the display were selected during the museum’s continuing project to capture digital images of its collection. 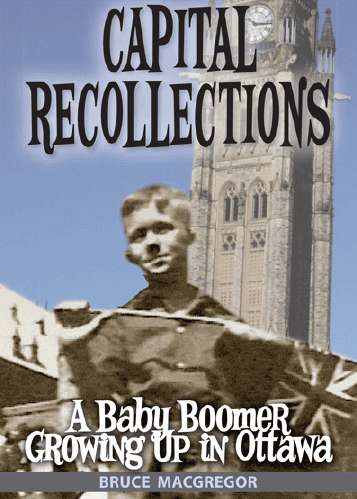 Burnstown Publishing.The last word for the evening went to Bruce MacGregor, who is author of Capital Recollections: A Baby Boomer Growing Up in Ottawa. Bruce has been a resident of Ottawa since 1952.

He taught English at Glebe Collegiate for 30 years. Capital Recollections is his first work of non-fiction. Bruce read an excerpt from his new book about a not-yet famous Canadian who happened to be at a local arena in 1963.

You’ll have to buy the book to find out who. It’s available for $20 via burnstownpublishing.com.