Jim Hurcomb: Rockin' on the Rideau 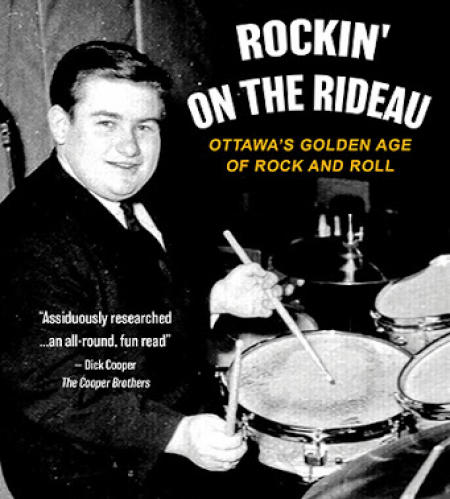 You can say that the Historical Society of Ottawa’s guest speaker for September 15, 2021 is certainly an accomplished speaker. From 1973 to 1980, Jim Hurcomb was a familiar voice on CKCU-FM, Radio Carleton. From 1980 to 2000, Jim hosted a number of programs on CHEZ-106, including the morning show, and the afternoon variety show, In the City. From 2000-2008, Jim worked at CFRA Radio.

In all these years of jockeying everything from vinyl records to MP3s, Jim has gathered a wide collection of memories of the music scene in Ottawa. Did you know that Elvis Presley performed live only three times in Canada, and that one of these stops was at the old Auditorium on O’Connor Street?

Although Jim talked briefly about the big stars who visited Ottawa, the main theme of Jim’s presentation was Ottawa’s hometown bands. Most were short lived groups whose hits played only on the local stations. One of these, The Staccatos had a song, titled Signs that did not do well. Then the band took on a new name, The Five Man Electrical Band. They re-released Signs and this time around it went to the top of the Canadian and US charts.

Paul Anka is perhaps Ottawa’s most famous songwriter. His songs were hits in the US and Europe, but Anka was not well respected in his home town. As Jim noted, the movement in music in Ottawa was towards a hard-driving rock sound, while Anka was writing popular, but otherwise conventional love songs that didn’t have the kind of edge Ottawa’s music fans were craving.

Jim’s presentation was only able to scratch the surface of Ottawa’s music scene, but you can read more about Ottawa’s early rock and roll history in his new book, Rockin’ on the Rideau, available at amazon.ca or at local bookstores. You can also catch Jim on LIVE 88.5, Sunday nights at 9 pm for his show, The Sound of the Underground.

You can watch the full presentation on the HSO's YouTube channel.

Published in Speakers Presentations
More in this category: « Project 70,000: The Indochinese Refugee Movement to Canada Tunney’s Pasture - The Story Behind Ottawa’s Field of Dreams »
back to top