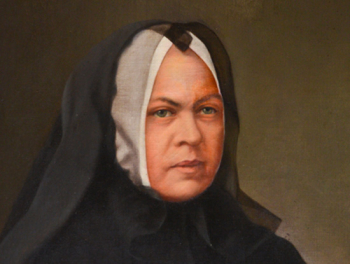 After my first article some weeks ago, I was asked how only the one doctor and pharmacist mentioned in Smith's 1846 summary could possibly have provided health care to a town of 7000 souls. The truth is that there were other sources of medical help and why Smith did not mention them is a good question. Very recently, the Historical Society of Ottawa published a paper of the latest winner of the Colonel By award for local history (Mike Nelles of Carleton University) and it is an excellent source of information on early medical care and a good bibliography of sources on the subject. The Bytown pamphlet series is available through the Historical Society and is also available at the National Library of Canada and the Ottawa Public library.

The first ever medical facility in Ottawa was a twenty bed military hospital established by John By...

The first ever medical facility in Ottawa was a twenty bed military hospital established by John By in 1826 on Barracks Hill where the West Block now stands. It operated for fifty years. It was only available to the civilian population in dire emergencies such as outbreaks of malaria, typhus and cholera. These kind of outbreaks occurred in 1827, 1832 and 1847. The Sisters of Charity under the capable leadership of Sister Elizabeth Bruyere opened the first civilian general hospital in 1845. It is curious this was not mentioned in Smith's 1846 Gazetteer.

In 1903 a memoir of the early days of medicine in Bytown was written by Dr. Beaumont Small who recalled the days when doctors rode around the settlements dispensing care to the settlers Another account of the early days was written in 1993 by Linda Tresham, as one of the Bytown pamphlet series mentioned before, of the great cholera epidemic of 1832. Both authors decry the lack of interest and attention given to medical care.

The earliest recorded doctor in Bytown was Dr. A.J. Christie who became a prominent advocate for medical care. He also founded the first (in 1836) newspaper in Bytown---The Bytown Gazette. - He first came to Bytown in 1827 as a military doctor for Rideau Canal workers. He was one of the few doctors to stay in the town after the completion of the canal in 1832. There is some debate over his medical training but he appears to have served the populace until his death in 1843. In those days, according to Charles Roland in Ontario Medicine (1983) doctors were paid in such things as "chickens, eggs, home brew, a slab of bacon or chores".

The real "driver" of improved medical care in the town was a series of epidemics that threatened the local population. The worst of these was the cholera epidemic of 1832 which is deserving of a column in itself! In June 1832, Lt. Governor Colborne authorized the first Board of Health in Bytown under the chairmanship of Dr. Christie. One of its first acts was to close all schools and public buildings to prevent the spread of disease. A temporary wooden hospital was constructed on what is now the site of the Royal Canadian Mint. It was the first medical facility constructed for the benefit of the civilian population. By a month later 15 of 35 cholera patients had died—an indication of the mortality of cholera in those days.. This hospital was scrapped in 1834 and sold as firewood. Probably the lack of medical knowledge of the time contributed greatly to the death rate in 1832.. By 1844, it was definite that the military hospital was inadequate for a town that was growing with the lumber industry.

"The real 'driver' of improved medical care in the town was a series of epidemics that threatened the local population."

In February 1845, a group of nuns arrived by sleigh, led by the 27 year old Sister Bruyere. The Sisters took up visiting the sick and opened a seven bed hospital in the spring. Within a year the facility was inadequate and a petition was made for a land grant to build a larger facility. Of the signers of the petition only four were Roman Catholic, so the need was widely felt. Fourteen lots were provided and plans went ahead for the construction of a hospital that stood on the same ground occupied by the old general hospital, still operated by the Sisters as the Bruyere Centre The town was immediately challenged with the great typhus epidemic of 1847-48. This was brought to Ottawa by unfortunate immigrants who died in great numbers on the trip to Canada and after they arrived. The bulk of these immigrants were Irish, fleeing the potato famine in Ireland.

Following the example of the Catholic General Hospital, approval was granted in 1847 for the construction of a Protestant General Hospital. While medical care was still chancy at best the foundation had been laid for the proper medical treatment of citizens The first permanent health Board was created in 1851 and the first stone hospital was erected on the northwest corner of Rideau and Wurtemburg Streets From these early beginnings grew the excellent if sometimes crowded medical services we enjoy today.