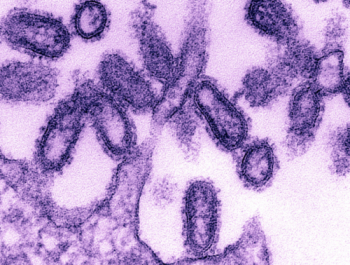 In late September 1918, Ottawa recorded its first case of Spanish influenza, roughly two weeks after the first Canadian cases had been identified in Quebec City. Not recognized as the threat it would become for another week, the epidemic was coming at the worst possible time: Canada had already lost tens of thousands of men at the War and the ranks of its health care professionals still in the country were severely stretched because of military service. The unusually virulent strain of influenza which disproportionately affected the most active members of society — young adults rather than the old and the very young — made an already-bad situation worse.

The impacts were devastating. Train schedules were affected because so many employees were sick. Bell Telephone published ads in the newspapers asking subscribers to limit their calls because its depleted staff could not cope with the volume. Funeral parlours stopped providing the number of daily burials to newspapers because there were too many to count.

On October 4, 1918, Ottawa’s Board of Health banned all forms of public assembly to check the progress of the disease: schools, taverns, concert halls, bowling alleys, billiard parlours and theatres were all ordered closed. A few days later, churches cancelled Sunday services. Businesses were asked to close at 4 p.m. because it was believed that “the vitality of the average person is at its lowest between 4 in the afternoon and 9 at night” (Ottawa Journal, 15 October, 1918). City merchants went along at first but quickly came to oppose this measure which they saw as counter-productive (shops would be more crowded if their hours were shortened). Employees who relied on their daily wages to make ends meet suffered financial hardships as a result of this enforced cut in their workday. These measures were in force — although not always respected — for five weeks, until November 11, Armistice Day, by which time the epidemic had clearly subsided and normal life could resume.

Working class neighbourhoods were particularly hard-hit because they were close to railway stations (the main vector for long-distance transmission of the virus), and their inhabitants tended to live in crowded and unsanitary housing. Upper-class neighbourhoods, where residents were wealthier and living in more salubrious conditions, fared better but no part of the city was spared. At the height of the outbreak, 50 people a day were dying from the flu.

The Oblate fathers running the Juniorat du Sacré-Coeur, whose building still stands at 100 Laurier Avenue E. at the corner of Cumberland St. (it now houses the visual arts department of the University) kept a diary of their activities that remains today a remarkable eye-witness account of how they lived the crisis affected an Ottawa institution. The school recorded its first case of the flu on October 2 and by October 6 had had to convert its library into an improvised infirmary to receive the overflow of patients. On October 9th, the school closed and sent home healthy students. Although the school reported no deaths among its students, when it re-opened in early November, 12 students (out of 101) did not return. 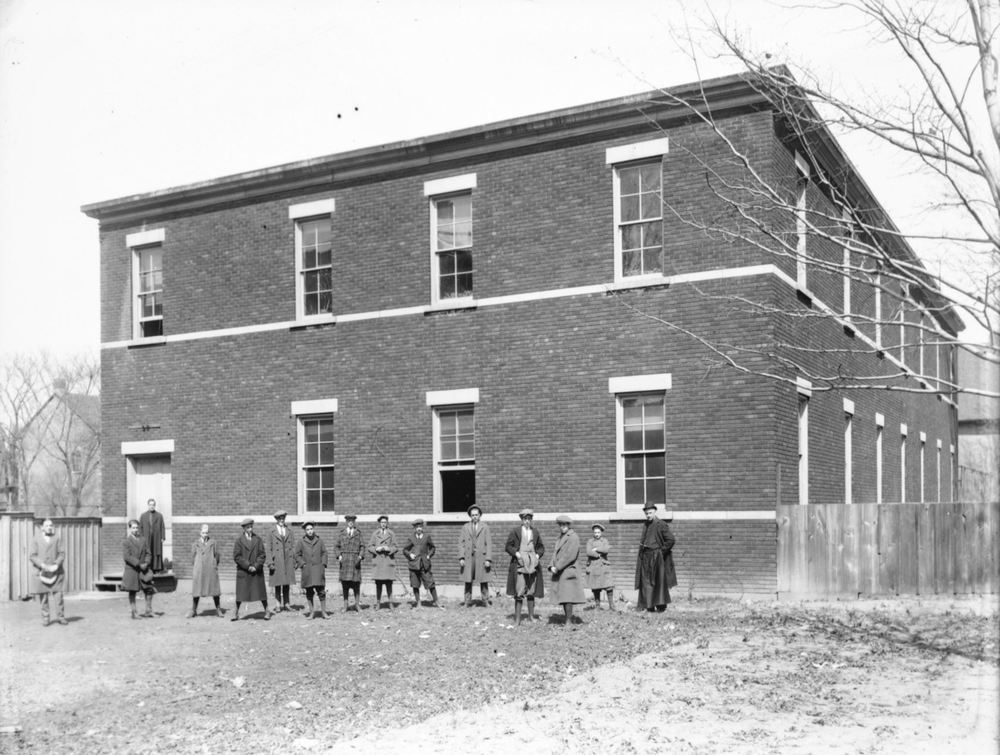 Commercial course students and their professor standing in front of the temporary dormitory built after the 1903 fire, nicknamed the “poulailler” (chicken coop). This building at 153 Laurier Ave. E. (where St Joe’s soup kitchen now stands) served as a temporary hospital during the 1918 Spanish flu epidemic.
University of Ottawa Archives PHO-NB-38A-2-340 (no date but likely before 1918)

Because of the shortage of medical staff, the City desperately needed volunteer nurses to cater to the sick. The Mayor asked Lillian Freiman to head the relief organization. She recalled later that “the epidemic had assumed gigantic proportions. There was no preparation, no organizational relief. The situation was appalling. I confess I had no idea what to do” (Figler, 1961). Freiman set up relief committees with the help of women’s and religious organizations. 1,500 volunteers answered the call. They cooked, sewed, distributed food and clothing and helped nurse the sick. 300 volunteer seamstresses worked in the City Council chambers to equip emergency hospitals with bedding, night clothes for the patients, face masks and pneumonia jackets for the care-givers and shrouds for the deceased. Pneumonia jackets were padded jackets designed to keep the wearer warm as it was believed this would help prevent infection.

As regular hospitals could not cope, the city opened several temporary ones during this period, the first being a former University of Ottawa’s dormitory on Laurier Ave. E. That hospital was staffed in part by nuns from the Convent of our Lady of the Sacred Heart (better known as the Rideau St. Convent) who spent 18 nights in pairs watching over patients. In addition, the nuns supplied several gallons of broth, porridge and gelatin every day to City Hall. Seventy years later, a former university student remembered in an interview the emotional toll imposed by the seemingly-endless peeling of the St Joseph and Sacré-Coeur church bells nearby signaling yet another funeral (the churches would eventually stop this practice).

While everyone in the city was affected by the epidemic and the measures taken to combat it (life insurance companies were hit particularly hard), some still managed to prosper. Ads in the Ottawa Journal at the time feature the Branston Violet Ray Ozone Generator “to keep nasal passages, throat and lungs in perfect antiseptic condition” (19 October, 1918). For their part, “Milburn’s heart and nerve pills … [promise to] stimulate and strengthen the weak heart, [and] bring back the shattered nervous system to a perfect condition” (13 October 1918). As the only store that could legally dispense liquor (for medicinal purposes) during this period of temperance, Bate & Co. did a roaring business filling whiskey prescriptions for “patients” with pneumonia.

In terms of human lives lost, the Spanish flu epidemic remains Ottawa’s worst disaster by far. Over the five weeks that it lasted in the city, the epidemic claimed over 500 lives [1] and infected between 10,000 and 25,000 people out of a population of about 100,000.

The federal government played no role in health care in those days (it would set up a department of health only in 1919 as a direct response to the epidemic) and the Province of Ontario effectively delegated the main responsibilities for fighting the flu to local authorities. Through an extraordinary civic effort that mobilized thousands, Ottawa pulled through on its own.