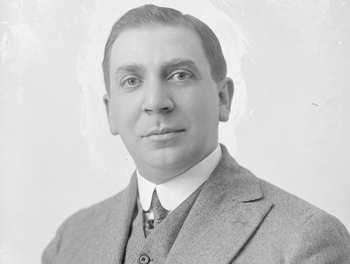 Anti-Semitism was rampant in Canada during the 1930s. Universities limited the number of Jewish students, private clubs excluded Jewish members, and Jewish professionals had difficulty finding jobs. Many restaurants, beaches, golf courses, and parks bore “Christians Only” signs, or something similar. Anti-Jewish sentiment ran especially high in Quebec, where traditionalists saw Jewish immigrants as a threat to a Quebecois society centred on the Church. In both French and English Canada, many saw Jews as not fitting in, and as carriers of left-wing ideas. The more extreme or ignorant bought into a ridiculous conspiracy theory that Jewish bankers had financed the 1917 Bolshevik Revolution in Russia and aimed to take over the world. Jewish immigrants became unwelcome, and the government, responding to that sentiment, kept Canada’s doors firmly shut to the thousands of Jews trying to flee the rising fascist tide in Europe.

The collapse of the economy during the Great Depression added fuel to the racist fire. Between 1929 and 1933, Canadian economic output declined by more than one-third. The national unemployment rate topped 27 per cent. Every city had its soup kitchens. While Ottawa was partially insulated by its many public servants, unemployment rose sharply in the working class districts of LeBreton Flats, Lower Town, and Eastview (now called Vanier). Scapegoats were sought to explain what went wrong. As so often has been the case throughout history, the Jews, especially successful ones, were convenient targets.

By the late 1930s, Ottawa’s Jewish Community had grown to about 5,000 members, up from roughly 400 at the turn of the century. One of the most prominent and successful was Archibald Jacob Freiman. Born in Virbilis, Lithuania in 1880, Freiman immigrated to Canada in 1893 with his parents and three sisters. In 1899, he co-founded the Canada House Furnishing Company on Rideau Street, near the corner of Cumberland Street, in downtown Ottawa. After he became the sole proprietor, the store was renamed A.J. Freiman Ltd. Familiarly known as Freiman’s by Ottawa residents, the department store, re-located to 73 Rideau Street, was a port of call for shoppers for the next three-quarters of a century before it was bought by the Hudson’s Bay Company in 1972. Besides being a very successful businessman, Freiman was also a leading Canadian Zionist, president of the Ottawa Jewish Community, and a major philanthropist, supporting both Jewish and non-Jewish charities.

In May 1935, Freiman was personally attacked in a scurrilous article published in Le Patriote, a French-language, fascist newspaper published by Adrien Arcand, a Montreal journalist. Le Patriote, whose masthead featured a swastika, or sometimes a swastika surmounted by a cross, was one of a stable of odious little papers, put out by Arcand, the self-styed “Canadian Fuhrer,” that included Le Goglu, Le Miroir, and Le Fasciste Canadien. Their common denominator was virulent anti-Semitism and anti-communism. In 1934, Arcand had established the Christian National Social Party whose objective was to rid Canada of Jews, sending them to Madagascar. Barring that, Arcand advocated their forced re-settlement to the Hudson Bay. His papers advocated that Christians should boycott Jewish merchants, running advertisements saying “N’achetez pas jamais chez les juifs, car ils sont dangereux.” [Never buy from Jews because they’re dangerous.]

In an article, titled La juiverie d’Ottawa se lamente [Ottawa Jewry Moans], Le Patriote insinuated that Freiman sympathized with the torture and slaughter of Christians, that he was an unethical and dishonest businessman who engaged in illegal business practices, and that he had a loathsome and repulsive character. An English translation of this article, along with a defamatory cartoon of Freiman, was circulated in Ottawa by Jean Tissot, a Belgian-born, Ottawa police detective. Tissot gave William Graham and Harold Munro, executives of Bryson-Graham & Co, a Spark’s Street department store competitor of Freiman, a copy of the article. He sought their aid in driving all Jews out of Ottawa, and forming an association of Christian merchants. Outraged, Munro gave the offensive material to Freiman who called the police. Following Freiman’s complaint, Tissot, a city detective with twenty-five years’ experience, was charged with criminal libel and suspended from the force. Ottawa’s police chief had previously reprimanded him for peddling subscriptions to Le Patriote.

Le Patriote, Headline, 6 June 1935 - "The big Freiman is desperate and wants to stifle Jean Tissot"During the trial, Tissot’s lawyer argued that there was a “hidden motive” behind the prosecution and “while we have not been able to get to the bottom of it, we know it exists.” The counsel for the prosecution stated that “In all my thirty-five years’ experience, I have never listened to such statements made to a jury by a defence attorney.” On 9 October, 1935, the jury found Tissot guilty of criminally defaming Freiman. He was fined $50. Tissot subsequently retired from the Ottawa police force, and was given $1,500 in lieu of a pension. The mainstream newspapers were firmly on Freiman’s side. In an editorial after the trial, The Ottawa Evening Citizen said that A.J. Freiman deserves the thanks of the people for taking action …to stop the spreading of racial hatred among ignorant people.”

Although Freiman’s victory and the broad support he received from the community helped put the brakes on anti-Semitism in Ottawa, this was not the end of Jean Tissot. He twice ran for Parliament in the poor, largely francophone riding of East Ottawa, first on an Anti-Communist ticket in the General Election held a few days after his conviction, and again in a 1936 by-election under the Union Nationale banner. Both times, he received about 15 per cent of the vote, well behind the winning Liberal candidates. In 1937, Tissot was appointed Chief of Police in Rouyn, a small town in north-western Quebec. He was later fired.

Archibald Freiman, successful businessman, philanthropist and Zionist, passed away suddenly on 4 June 1944 at the Adath Jeshurun Synagogue, the Ottawa synagogue he had helped build on King Edward Avenue. He had just unveiled a plaque in memory of his friend, the synagogue’s cantor, who had died two years earlier. Freiman’s funeral was attended by all sections of the community, both Jewish and Gentile, including prime minister Mackenzie King, religious orders, the Red Cross, government officials, and an honour guard of forty airmen.