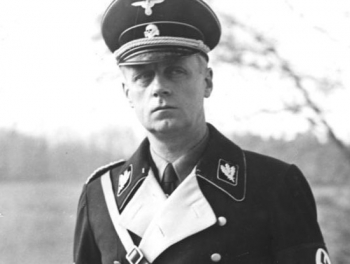 On the night of 4 August 1914, a slender, athletic, 21-year old man know as “Rib” took the night train from Ottawa to New York, never to return. That afternoon, he had been playing tennis with three friends at the Rideau Club when he received word that Great Britain had declared war on Germany which meant that Canada was also at war. Being a German national, Rib, along with other citizens of hostile countries including the Austrian chef at the Château Laurier, had four days to settle their affairs and leave the country, or be interned. Rib made a few hurried telephone calls, packed his bag, and dined with friends at the Chateau Laurier before catching his train. So quick was his departure that he had to borrow $10 from James Sherwood, the son of Col. Sir Arthur Percy Sherwood, Commissioner of the Dominion Police Force. Rib was sorry to leave. More than thirty years later, shortly before his death, he commented that if the war hadn’t come along, he might have never had left Ottawa. There, he had been “indescribably happy.”

Rib first arrived in Canada with his big brother Lothar in 1910. In an age before passports and visas, Rib, just 17 years old, quickly found employment. He worked for a time at a Molson’s Bank branch as a clerk in Montreal, before being employed by an engineering firm rebuilding the Quebec Bridge that had tragically collapsed in 1907. This was followed by a stint on a railway as a car checker, and a job as a logger in British Columbia. After briefly returning to Germany to convalesce after a bout of tuberculosis, Rib came back to North America. Arriving in New York, friends suggested that he go to Ottawa, where he turned up in late 1913, that halcyon time before the outbreak of World War I. 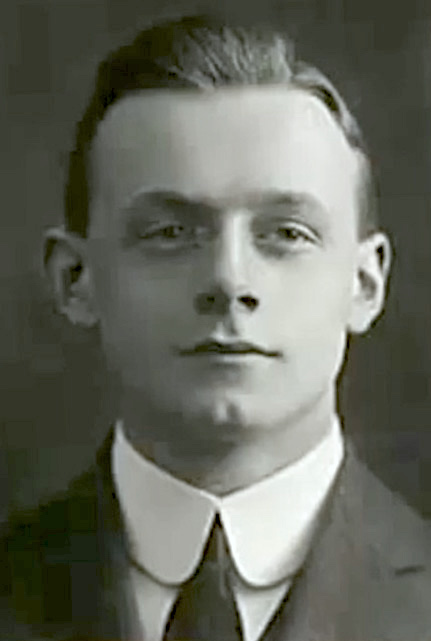 Young Rib, circa 1913What he did in Ottawa for a living during the next year is not entirely clear. Using a small legacy left to him by his mother, Rib began importing German wines and champagne, helping to supply Ottawa’s wealthy lumber barons, politicians and lobbyists with their favourite tipple. But his earnings could not have amounted to much. Other reports suggested that he was briefly a civil servant, or that he worked as a clerk, again at Molson’s Bank. But there is no solid evidence to support either contention. Others claimed that he was a German spy. While Rib might have been a bit of a snoop, this allegation is barely credible either. There was very little to spy on in pre-World War I Canada. Moreover, the German government was unlikely to employ a secret agent who was barely out of his teens. One thing certain, however, is that Rib made a huge splash on Ottawa’s small social scene.

Fluent in English and French as well as German, the tall, elegant, blue-eyed Teuton presented a dashing figure, and was an immediate hit among Ottawa society debutantes. A champion schmoozer, he became a fixture at the best parties. Being an expert violinist, Rib also joined an amateur Ottawa orchestra deemed the best in Canada. This too facilitated his access to the cream of society who was starved for good entertainment. His first known appearance at a society event was at a Christmas charity function for needy children put on in December 1913 by the May Court Club. Rib helped Father Christmas hand out presents.

In May 1914, Rib appeared in Ottawa’s premier “Kermiss,” a charity theatrical event held at the Russell Theatre on behalf of the Victorian Order of Nurses. The production drew rave reviews. The Evening Citizen enthused that “not for many years has the capital seen a spectacle so surpassing in brilliance, so bewildering in its riot of color, yet so wholly enjoyable.” Powdered and bewigged, Rib performed a stately “Royal Minuet” with other young men and women of Ottawa’s high society.

The centre of the social whirl in Ottawa during those pre-war years was Rideau Hall, the residence of Canada’s Governor General, the Duke of Connaught. The German-speaking Duke was the third son of Queen Victoria. His wife was Princess Louise Margaret of Prussia. Rib was introduced to the vice-regal couple, by Arthur Fitzpatrick, the son of Canada’s Chief Justice, Sir Charles Fitzpatrick. The suave and debonair German was invited to Rideau Hall for dinner on at least two occasions, where he conversed with the Duchess in her first language.

Rib was also popular with the young men of the city. At his rooms at the Sherbrooke boarding house located at the corner of O’Connor and Slater Streets, Rib installed parallel bars, a flying swing, and a vaulting horse. There, he entertained his friends with gymnastic feats. In the evenings, he dined regularly with other residents of the house, which included a reporter for the Ottawa Free Press, an employee at the Parliamentary Library, an Ashbury College teacher, and a public servant. Never the retiring type, Rib told his friends that “a great future was in store for him.” Rib had few vices. Despite being a wine seller, he was a teetotaller. While he enjoyed a game of poker, he never played for large stakes. On weekends, he went for walks in Rockcliffe, or played tennis at the Rideau Club. Considered one of the Club’s best players, you could count on Rib to turn out nattily attired in court whites, completed with a black bow tie. In the winter of 1913-14, Rib also joined the Minto Skating Club, and accompanied its skating team to a competition that February for the “Ellis Memorial Trophy” in Boston.

This charmed existence came to an end with Rib’s hurried departure for New York on that fateful August day. He left without paying a number of bills. Sometime after Rib had left the country, his doctor received a letter requesting that his medical bill be sent to an address in Switzerland. The $156 bill, a large sum in those days, was paid in full. Rib neglected, however, to pay his druggist, Harry Skinner of Wellington Street, to whom he owed $1.38. And he never repaid the $10 he borrowed from James Sherwood.

The “Ottawa lad” known as “Rib” to his friends was indeed destined to go far…and to fall even farther. Better known to the world as Joachim von Ribbentrop, he became Germany’s Minister for Foreign Affairs in 1938, the architect of the Russian-German non-aggression pact that immediately preceded the start of World War II. The pleasant young man that had charmed Ottawa high society a quarter century earlier had morphed into an ardent Nazi, fanatically loyal to Adolph Hitler. Following his trial by the Allies in Nuremburg after the war, he was hanged on 16 October, 1946 for war crimes, including his participation in Nazi efforts to exterminate Europe’s Jews.

Ottawa Journal, “Ottawa’s Premier Kermiss Was a Feast of Song and Dance for Charity,” 6 May 1914.