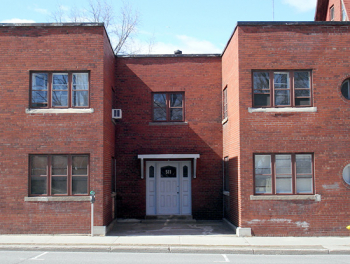 On the eve of World War Two the Nazis and the Soviets signed a “non-aggression pact” (August 23, 1939) and started the war with the invasion and partition of Poland in September, 1939. Following the Nazi invasion of the U.S.S.R. in 1941, the Soviets were engaged with the western allies in a joint effort to defeat Hitler. Canada and the U.S.S.R. established relations, and the Soviets opened an embassy in Ottawa. However, the embassy proved to be a major centre of espionage and intrigue against Canada and its allies.

Igor Gouzenko was born just outside of Moscow in 1919. At the start of World War Two, he joined the Red Army and was trained as a lieutenant in military intelligence operations. In June 1943, he was stationed in Ottawa, where for over two years as a clandestine cipher clerk at the embassy. He deciphered incoming messages from Moscow and enciphered outgoing messages for the Red Army intelligence. His position gave him knowledge of Soviet espionage and infiltration activities in Canada and he became aware of Soviet agents active in numerous Canadian government offices, including the House of Commons, national defence, and external affairs. He also became aware of Soviet penetration of the Manhattan Project (the U.S. effort to develop the atom bomb). 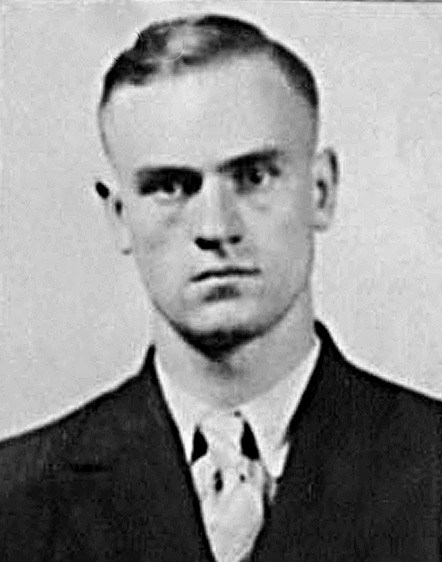 Igor Gouzenko, circa 1946Gouzenko found life in Ottawa, where he lived with his wife and infant son, to be a stark contrast to the lives of people in the Soviet Union, and the false propaganda which he and his fellow Soviets were subjected to about the West. Knowing that Stalin was infiltrating his western allies, as well as trying to develop an atomic bomb, was disturbing to Gouzenko, particularly as the espionage and infiltration increased after the defeat of the Nazis in May, 1945.

The Japanese formally surrendered to the Americans on the deck of the USS Missouri in Tokyo Bay on September 2, 1945. Just three days later, on September 5, 1945, Igor Gouzenko walked out of the Soviet embassy with 109 documents detailing the extent of Soviet espionage in Canada. For forty-eight hours no one at the offices of the Ottawa Journal would listen to him, and he was refused access to the Minister of Justice. Gouzenko could not return to the embassy and instead hid in a neighbour’s apartment (at 511 Somerset Street, across from Dundonald Park) with his family, while Soviet security officials broke into his apartment looking for him. At that point the RCMP finally listened to him.
As a result of Gouzenko’s defection, Prime Minister Mackenzie King informed U.S. President Harry Truman and British Prime Minister Clement Attlee of the new challenges posed by Stalin. A Royal Commission of Inquiry was established here in 1946 and twenty-six Soviet agents were arrested and prosecuted for treasonous activities. Approximately half were convicted.

While the world expected the end of the war to result in a period of peace, a new Cold War had begun. The “Gouzenko Affair”, which occurred in Ottawa, was thus the first significant international incident of the Cold War.

In 2003, the City of Ottawa unveiled a historic plaque in Dundonald Park across from the building where Gouzenko lived at the time of his defection, and in 2002, the Historic Sites and Monuments Board of Canada designated the “Gouzenko Affair” as an event of national historic significance and unveiled a corresponding plaque in the park in 2004.

(Editor’s note: Mr. Kavchak was especially involved in lobbying for the placement of the plaques in Dundonald Park.)