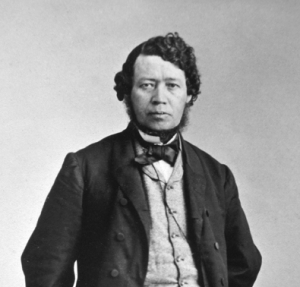 Our guest speaker for May 12, 2021 was James Powell, who is a long-time member of the Ottawa Historical Society, and a director on the HSO board.

For his presentation James spoke about one of the most tragic heroes in Canada’s history. Thomas D’Arcy McGee was murdered near his Sparks Street apartment on a chilly April evening in 1868. James talked about McGee’s early life in Ireland and his brief stay in the United States. While in the US he visited Canada, and it was here that McGee felt Ireland’s poor could find opportunities unavailable at home. Feeling that union of the French and English cultures would cultivate equality for all people, he promoted a greater Canada, thus becoming a Father of Confederation in the two years prior to his murder. It’s sad to think that a man who saw so much promise in Canada would be one of the few in this country’s history to be the target of a political assassination.

James also told the story of the man put on trial for McGee’s murder, and gave us an account of the suspicion surrounding Patrick Whalen’s conviction and execution.

You can watch the full presentation on McGee via our YouTube channel.